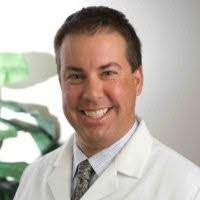 Daniel was born and raised in Spencer, Iowa.  Upon graduation from Spencer High School, Daniel completed his undergraduate B.A. degree at Luther College in Decorah, Iowa in business management with a finance emphasis.  While at Luther, Daniel had many interests including playing college football and baseball.  He also was fortunate enough to travel to Africa for a month.

In 1999, Daniel attended prosthetic school in Newington, Connecticut which was affiliated the University of Connecticut.  He later continued his studies in Orthotics to become ABC (American Board for Certification) certified in both prosthetics and orthotics (CPO).

Daniel was fortunate to return to Kansas City and complete his residency with NovaCare/Hanger Orthopedics. Upon completion of his residency, he worked for the group for approximately 6 years.

In 2007, Daniel co-founded Horizon Orthotic and Prosthetic Experience and helped grow the company for 5 years.

Daniel takes pride in providing excellent patient care for amputees and individuals with functional difficulties.  Many of our patients appreciate early conversation about what lies in front of them over the first few months after the amputation.  The employees of Cotton Orthotic and Prosthetic Associates, strive to help amputees, stroke survivors, etc. get moving as soon as possible to allow for maximum outcomes based patient satisfaction.

As President of Cotton Orthotic and Prosthetic Associates, LLC, we strive for every single patient to be completely satisfied with our scope of work and follow-up. 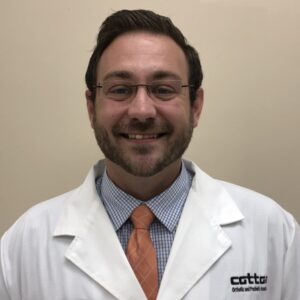